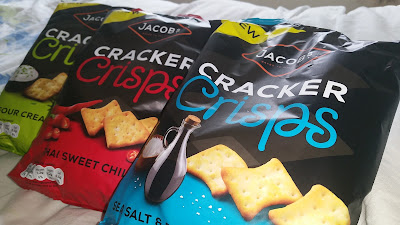 
I recently *received a package from BzzAgent, containing 3 share bags of Jacobs new Cracker Crisp! As my guilty pleasure is anything to do with crackers and crisp, I was so excited to try them! 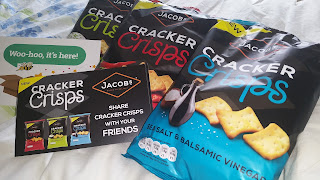 I opted for the Sour Cream & Chive first and oh my goodness they are delicious! I would say that they are more like crackers than crisp in texture, however more like crisp in flavour and 'moreish'. I opened a bag with my partner and we ate our way through them, plus another by the time our movie had finished. Jacobs Cracker Crisp are the perfect snack to go with lunch and even on their own! 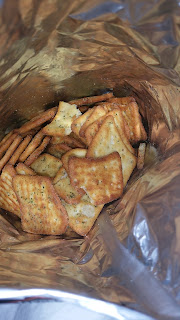 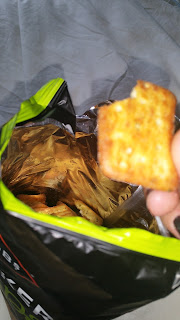 You can now purchase Jacobs Cracker Crisp in most superstores now!
£1.99 for a 150g bag, BARGAIN!

Have you tried these yet?

*I received these items complimentary as part as a BzzAgent campaign.
Posted by hannah at 08:54

We are an events company based in Liverpool, hosting events for the North West, for every type of blogger. We work with many brands to bring you the best events in the NW.
If you would like to be featured please email northwestbloggers@hotmail.com